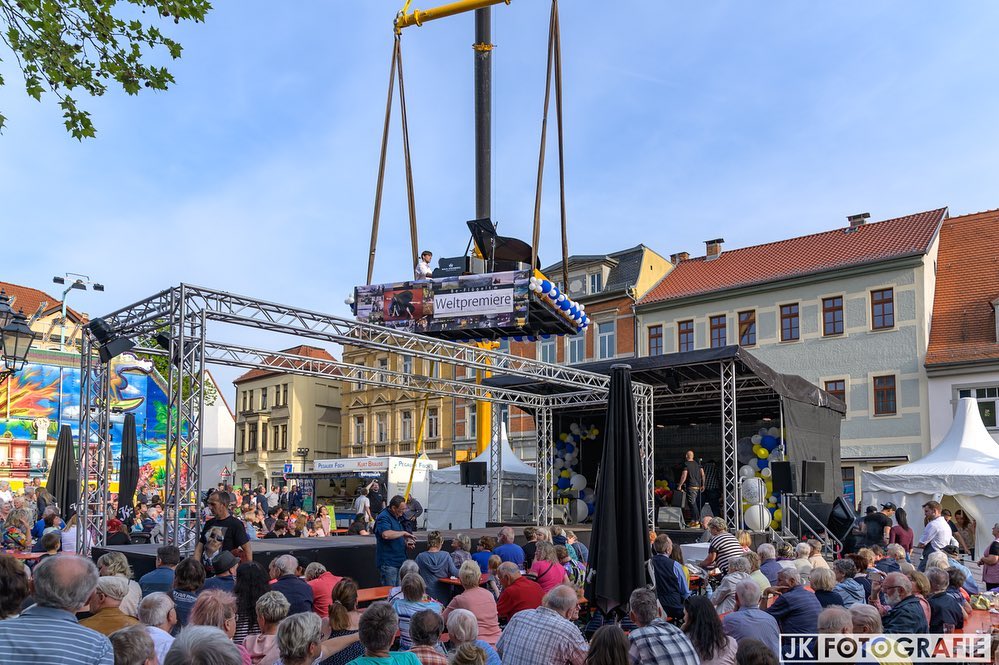 says Andreas Günther from the Gera concept team. Then the world premiere for this year’s Eisenberg city festival should be ready. A flying grand piano is the special highlight of the festival. The piano factory Wilhelm Steinberg in Eisenberg will provide it, says the festival organizer. Two pianists from Leipzig will play four-handed high above the marketplace for the festival. “During the organization, Alexandra Poppe from Eisenberg has supported us very much,” says Günther.